In 1922 the head nurse, Rene Caisse, was working her usual shift at Sisters of Provenance Hospital in Haileybury, Canada. Little did she know, this was not going to be a typical workday for her. She met a patient dying “of old age” who was about to change the course of her future. Caisse discovered a scar on the patient’s breast while she was giving her a bath. The patient revealed she once had breast cancer thirty years prior, but a special tea cured her completely. According to the patient, the recipe originated from an Ontario Ojibwa Native American medicine man. Caisse managed to persuade the elderly woman to share the secret recipe with her before her death.

As the story goes, Caisse wrote down the recipe and put it in her pocket. She forgot about it for a few years until her aunt was diagnosed with metastatic stomach cancer to her liver. She felt most of the specialists had given up hope on her aunt, except for one of the physicians, Dr. Arnold Fisher. He agreed to give the tea a try. So Caisse went out and got the ingredients to brew the tea, gave it to her aunt, while the doctor monitored her progress. She claimed within two months her aunt’s health turned around and within one year she was deemed cancer free—living for another 20 years!

When the tea was first served, it was a natural brown liquid color due to the roots, leaves, and bark that was used to make it. The original recipe contained eight ingredients, which included sheep sorrel, burdock root, slippery elm bark, and Indian turkey rhubarb. Caisse and Dr. Fisher decided to keep experimenting with the formulation of the tea to perfect it. Their goal was to find which ingredient was most effective so it could be injected into muscle tissue. As time went on, the tea evolved into a four-ingredient recipe. Caisse named the creation Essiac tea, which was her last name spelled backwards.

Caisse eventually quit her job to open Bracebridge Cancer Clinic, which was provided to her for one dollar a month from her hometown council. They did so with the stipulation that she gave the tea free of charge and required all patients to have a cancer diagnosis from a doctor. While running the clinic, some of her patients reportedly died, while other’s that reportedly had terminal cancer survived another 15-20 years according to her. She believed the tea had an 80% success rate for curing cancer overall.

Eventually, some medical authorities caught wind of the clinic and Cassie was almost arrested on a few occasions because she was caught practicing medicine without a medical license. However, arrest was avoided since she was not charging for her tea. In 1938, the clinic had to be defended to the local legislature due to a lack of evidence for her treatments. There was such a public outcry, that the Royal Cancer Commission of Canada had to come investigate the clinic. They also found little evidence that Essiac tea was effective and additionally she had never published evidence to support her claims. Caisse had to close her clinic in 1942 as a result. Immediately preceding this, Caisse continued to provide the tea to cancer patients from her home. 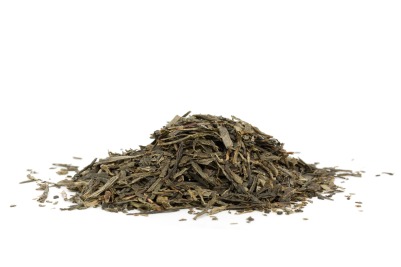 This tea is commonly high on the list of many holistic practioners. Many common claims you’ll hear include “it’s an antioxidant with anti-cancer effects, is anti-inflammatory, strengthens the immune system, and detoxifies the body”. Essiac tea is also said to remove wastes, permit cellular renewal and revitalize health. Some have also tried using it to treat other serious health problems like gastrointestinal diseases, diabetes, and even AIDS. Most are instructed to take it on an empty stomach and that the dosage depends on the condition. For example, take three ounces three times per day for cancer. Others proclaim that “Caisse didn’t make a penny on it” to “there have been cases where doctors can’t find any cancer and they can’t explain it”.

It is not uncommon to be instructed that you must not use chemotherapy and radiation therapy at the same time as drinking the tea, since it may interfere with immune system function, and thus it may prevent Essiac from being effective. However, the makers of Essiac tea state that the products can be used with other therapies concurrently.

How the tea made it to the market…

After the closure of her clinic, Caisse formed a friendship with Dr. Charles Brusch, who was once the personal physician to JFK. Dr. Brusch decided to try to help patent the tea with her. They choose to make it as close to the original eight-herb formula as they could, to provide it just as the Indians had originally. In 1977, Caisse sold her recipe to a Canadian company, Resperin Corp, who attempted to commercialize it as a medicine, but the company was unable to show any efficacy of the product against cancer when given the opportunity to do so by the Canadian government. The product is now marketed as a dietary supplement.

In 1978, Rene Caisse passed away leaving her full eight-herb formula with Dr. Brusch. Shortly after, a radio producer and broadcaster, Elaine Alexander, interviewed Dr. Brusch a few times. They formed a friendship due to their shared interest in the tea and 1988 they legally became partners. The Essiac recipe was sold again in 1992 and the company produced what is now known as Flor Essence Herbal Tea. It is also marketed as a dietary supplement, since it is subject to much looser regulation, and is not required to show any proof of effectiveness. This decision was made because both the US and Canadian governments refuse to approve Essiac as a medical treatment since there is no data to support this.

Today you can read the full story on Flor Essence’s website. You can also find forty different versions of the tea (some formulations may also contain watercress, blessed thistle, red clover, and kelp) or even purchase a variety of Essiac supplements. 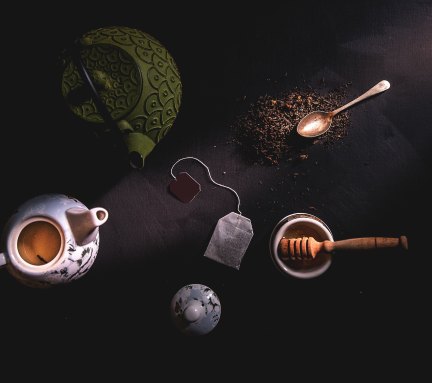 What scientific research exists and what does is show?

Cassie was given opportunities to have the tea tested in many cities such as Toronto, Chicago, and Boston. However, she declined most of these opportunities for various reasons. She did go to Boston where she worked alongside 18 doctors—one of them being her friend Dr. Charles Brusch. The tea was also studied at Sloan Kettering using mice. Unfortunately effectiveness of the tea on cancer regression did not show meaningful results.

To this day, there is no evidence from any systematic clinical trials, and there hasn’t been a single clinical trial on the tea published in a peer-reviewed scientific journal indicating any positive effects on cancer. What’s more, the National Cancer Institute also affirms there has not been any published clinical trial results. A rare study was published in the Journal of Alternative and Complimentary Medicine. It is a retrospective non-experimental study of breast cancer patients, which found no difference between the tea versus non-tea users for health related quality or mood. This paper references a 1977 unpublished phase 2 clinical trial that found no effect on the tea and cancer survival. A Canadian government review of unpublished trial data determined that the tea had no effect on tumor growth or survival. Researchers at the Lawrence Livermore National Laboratory have shown in rats that Essiac tea actually promotes breast cancer tumor growth. Additionally, the Herbal Healer Academy began researching the tea and found many of the claims to be untrue.

Research summaries by the National Cancer Institute and the Cancer Research UK agree these determinations that Essiac tea does nothing for cancer. Even integrative medicine doctor Andrew Weil recommends cancer patients avoid the tea because while doing nothing for cancer, it can have negative side effects causing nausea, vomiting, increased bowel movements, frequent urination, swollen glands, skin blemishes, flu-like symptoms, and slight headaches. Others have experienced disruptions in fluid balance and possible damage to the liver and kidneys. Additionally, in large doses it has killed test animals. Cancer Research UK also cautions that it may interact with some types of cancer treatments so it’s very important to tell your doctor if you are thinking of drinking it.

On top of the lack of scientific evidence, there is also no evidence the tea is a First Nations remedy or from any Native American culture. Overall, there are more testimonials than conclusive scientific studies. Many Internet pages selling the tea contain inaccurate claims made through anecdotes. At best you’ll get a new tea to drink, and at worst you’ll spend unnecessary money, while possibly experiencing some uncomfortable side effects. Unfortunately, this tea offers more fiction than fact. If you’d like to see Rene Caisse’s side of the story, here is a short documentary filmed during her final year.

For more updates, you can follow Survivors’ Table on Facebook. Thanks for joining me on this journey! – Danielle